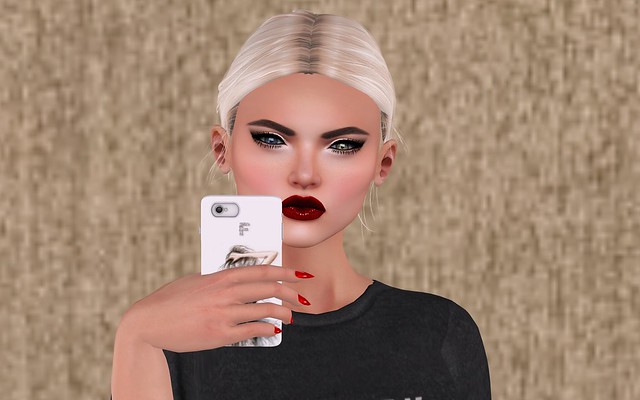 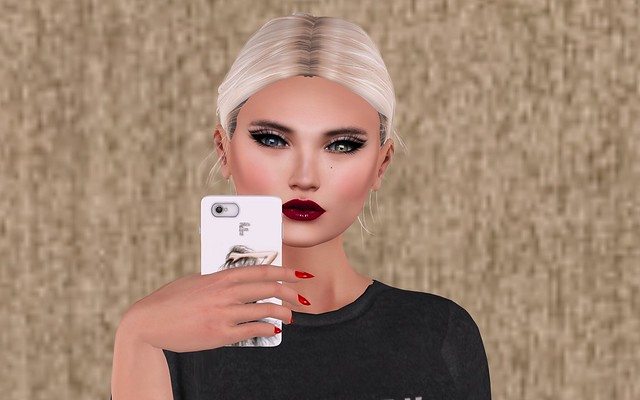 I’ve been using Lelutka mesh heads for quite a while. For a long time though, my face was the only thing on my SecondLife body that wasn’t mesh. Earlier releases of mesh heads made you appear very doll like and I felt like it took away from my own identity. You can sort of see that with the TMP bodies on the guys. For a while all the guys were sporting the same TMP mesh head.

What I discovered though, was that there was a way to make your mesh head your own. Playing around with skin appliers, make-up, lipstick even your eyes. One of the things that I’ve always done no matter what look I’m doing is that I keep my eyes the same (Or different since my avatar has heterochromia)

When I finally decided to make the leap and pick up a mesh head. I went with Lelutka. I had the Aria Head, the Karin Head and finally settled on the Simone Head. I occasionally switch over to Karin, depending on a photo I’m working on or a roleplay that I’m involved with, but for the most part I stick primarily to Simone.

CatWa released a few mesh heads when I picked up Simone. The features with the CatWa head were nice. Changing the facial expressions and such. But none of the heads really caught my eye till I saw Strawberry Singh’s blog post on Destiny. So I headed over to The Mesh Body Addicts Event and picked up Destiny.

After playing around with the features on the CatWa Destiny head, I noticed the amount of options you have with the face. Changing the brows, adding blush, tinting the lipstick, and the hud even has a built in alpha layer you can turn on and off for the head so it doesn’t peek through certain hairstyles.

Afterwards I stopped by the DeeTaleZ booth at the event and looked for a skin applier for Destiny to match up with my body. Of course after doing all this, I noticed that DeeTaleZ released a new skin applier for Lelutka.