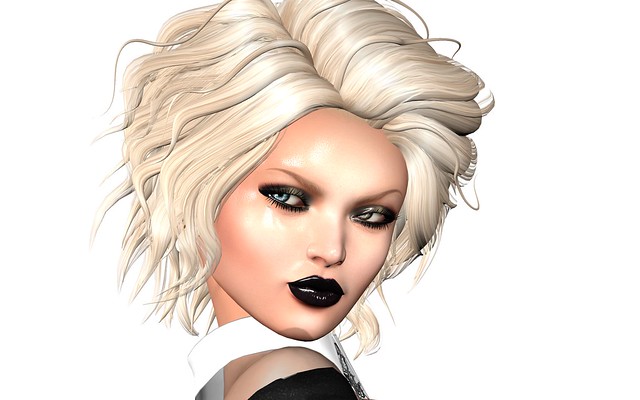 I’ve been a fan of Miss Fame way before she was a contestant on RuPaul’s Drag Race. The girl can paint! Make-up in general is fascinating to me. To be able to transform one’s face into something completely different. And the boy to girl transformations that Miss Fame creates are beautiful. Something us ladies could take note on when applying make-up. Recently she posted a video “Black & Gold”

Black lipstick and a gold lid on the eyes. Those bleached out eyebrows and the short hair pulled back. It inspired me to take a stab at the look and I’m quite pleased with what I came up with. 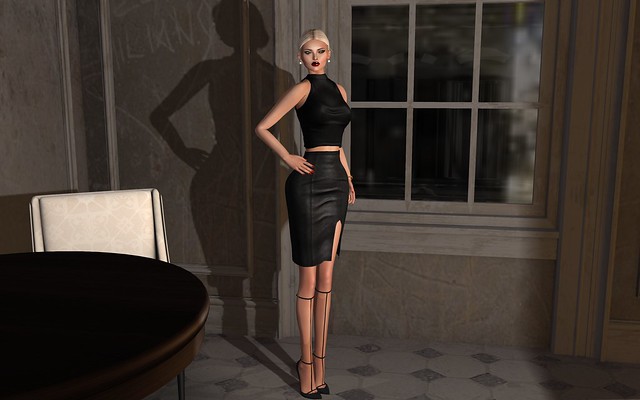 Just a few recent acquisitions from another fashion event. All of which, except for the shoes can be acquired at the N.21 event 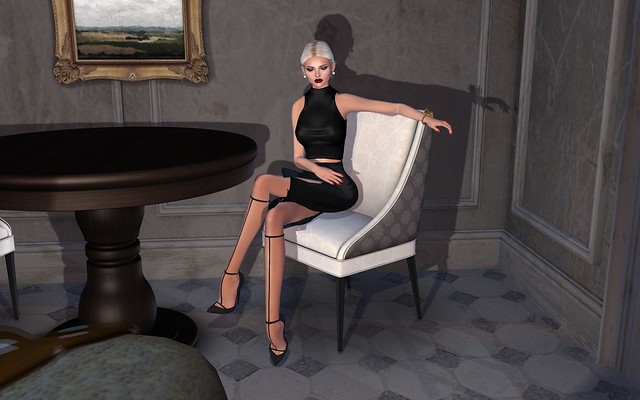 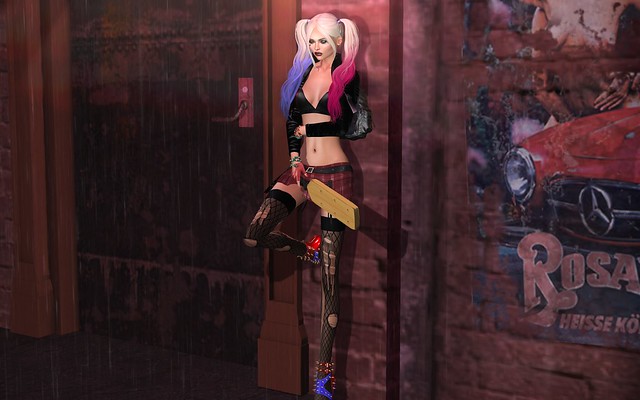 The next few years in movies is going to be packed full of comic based movies. From Marvel’s “Captain America: Civil War” to DC Comic’s “Suicide Squad” (both movies out later this year) As a big fan of comics, I’m excited to see how each movie is going to be brought to the big screen.

I decided to do my own rendition of Harley Quinn, a character from DC Comics. There are quite a few marketplace choices to replicate Harley’s look that she’ll be taking in the “Suicide Squad” movie, but I decided to piece together a look from items I have in my inventory along with the Harley Quinn hair I picked up from the recent Epiphany Event.

I’m starting to think I should make a section of my blog dedicated purely on the lingerie I acquire. There’s just something sexy about corsets and garters that draw my attention when shopping in SecondLife. Especially with how the designers have designed pieces that work beautifully with the mesh bodies.

My recent addition to my growing chamber of lace and hosiery is this lovely piece by United Colors. Its available at the recent Uber Event. I paired it up with these lovely lace up heels by Candy Doll and the garters line up nicely with the top of the laces.